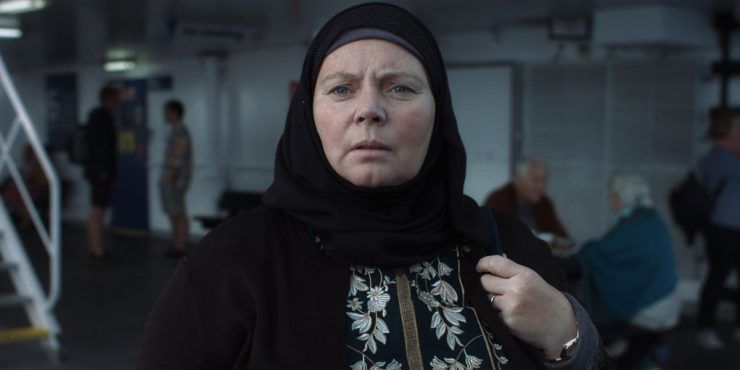 Secrets, lies, love and sacrifices spanning a lifetime resonate across the English Channel and far beyond in writer-director Aleem Khan’s staggering debut, After Love.

Joanna Scanlan is best known for her comedic roles, having delivered unforgettable performances in Getting On and The Thick of It; So if you’re thinking of watching After Love, because you want gags galore, you’re going to be disappointed. However, if fascinating character studies are more your line, then you’re in for a treat.

Scanlan dominates the screen throughout, despite having only a handful of lines. She seems to say so much without saying anything at all; instead, her body language and facial expressions convey the feeling of a woman in great pain.

AFTER LOVE is being well received and tells a rich thought provoking story. It’s a good film. Khan is a film maker now on my watchlist. This, his first feature is full of merit. The simplicity of his opening sequence and its impactful nature gives him serious cred! – Chris Greenwood – A Sliver of Film.